FRIENDS? Salvadoran president-elect Nayib Bukele said China is ‘not playing by the rules,’ adding that there could be a relationship only if Beijing respects the country

/ Staff writer, with CNA and AP

The Salvadoran Supreme Court on Wednesday provisionally suspended the cancelation of a free-trade agreement with Taiwan and agreed to hear a challenge to its legality.

The ruling came after El Salvador’s sugar chamber filed a request for the injunction with the country’s highest court, saying that the decision by Salvadoran President Salvador Sanchez Ceren to cancel the trade agreement put the sector’s property rights and legal security in jeopardy.

The free-trade agreement had been scheduled to end today.

Ceren’s administration, which ends when Salvadoran president-elect Nayib Bukele takes office on June 1, said in a statement that its actions on the trade agreement complied with termination rules spelled out in the deal, as well as with international conventions.

Exiting the deal was part of the accords struck with China after El Salvador switched diplomatic recognition from Taiwan to Beijing in August last year, it said.

Meanwhile, Bukele told reporters in a speech at the Washington-based Heritage Foundation that no final decision has been made on whether to reverse the outgoing government’s decision to switch recognition.

“That decision has not been taken,” Bukele said, when asked about the issue.

However, he confirmed that his team has held a meeting regarding the matter.

The comments came after Federico Anliker, a member of Bukele’s team and secretary-general of his New Ideas party, last month said that the incoming administration would investigate why the outgoing government forged ties with China, as his party was not consulted nor given an explanation over the decision.

Regarding China, Bukele criticized the world’s second-largest economy as “not playing by the rules.”

He also accused Beijing of being a currency manipulator.

“They are not a democracy, but they meddle into your democracy,” he said.

The president-elect said that El Salvador wants to be friends with China, but that friendship has to be based on respect rather than money.

Separately in Taipei yesterday, Ministry of Foreign Affairs spokesman Andrew Lee （李憲章） told reporters that the ministry was glad to see such Taiwan-friendly comments, proving that the nation’s decades-long efforts in El Salvador are bearing fruit.

The government is closely monitoring the situation, he said.

Asked about the free-trade agreement, Lee said that Taiwan welcomes and respects the decision.

Bukele won a landslide victory in last month’s presidential election, securing more than 50 percent of the vote and ending 25 years of two-party dominance in the Central American nation.

During the campaign, Bukele was critical of the benefits El Salvador received after establishing diplomatic relations with China.

El Salvador was the fifth diplomatic ally to switch recognition from Taiwan to China since President Tsai Ing-wen （蔡英文） took office in May 2016, often due to promises of huge financial assistance packages or loans from Beijing. 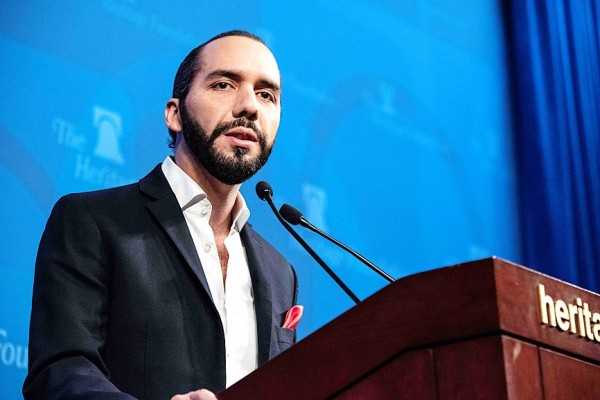