FISH OR FOWL? Food delivery platforms must take out insurance for their workers, whether they are deemed employers or contractors, the Ministry of Labor said

Su made the remarks at the Legislative Yuan in Taipei in response to lawmakers’ questions about the deaths of Foodpanda and Uber Eats couriers in traffic accidents on Thursday and on Sunday respectively.

The incidents have raised questions about the labor practices of the food delivery platforms.

The two companies do not take out labor insurance for deliverers due to a lack of a formal labor-management framework defining whether the platforms are contractors or employers.

After inspecting the two companies, the ministry on Monday determined that they are employers rather than contractors, contrary to how the two platforms define themselves.

This means that the two would have to provide delivery workers with insurance and pay compensation for any vocational hazard — something which they should have done, the ministry said.

Su said that the central government used to be worried about being criticized or ridiculed for “infringing on local governments’ purview” or “interfering with corporate autonomy.”

However, after the accidents, Su said he had asked the ministry to launch inspections of large innovative companies or chains to check on their work conditions and the type of contract they sign with their employees, without being worried about potential negative feedback such a move could bring.

Most delivery workers are young and food delivery companies must not set unreasonable rules that ask young people to give up their lives for a little more money, he said.

Authorities would use big data analysis to identify which food delivery companies have poor traffic records, which would be used as a criterion in inspections, he added.

The ministry on Monday said that of the seven food delivery platforms operating in Taiwan, three — Foodpanda, Uber Eats and Lalamove — claim that they do not have employment relations with their deliverers.

The other four consider their couriers to be employees and provided them with labor insurance, it said.

The ministry said that it would soon conduct inspections of the other five companies, but added that regardless of whether they are deemed employers or contractors, they would all have to take out labor insurance for their workers.

Labor insurance is mandatory for all workers in Taiwan and compensates them for disabilities and deaths suffered on the job, and provides pensions after they retire. 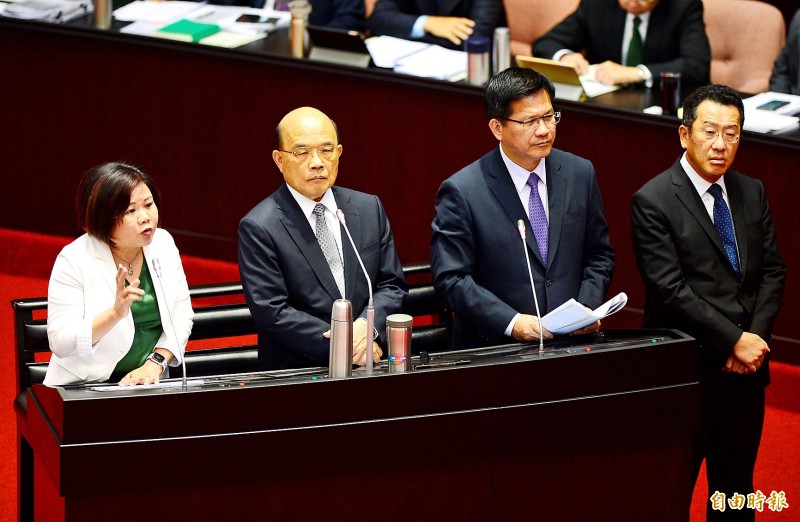