By Lu Yi-hsuan and Jake Chung / Staff reporter and staff writer, with CNA

As clashes between Hong Kong police and pro-democracy protesters intensify, the Ministry of Education said that it is helping Taiwanese students studying in Hong Kong to return home, adding that 528 had made the trip as of 4:30pm yesterday.

The ministry has established an interagency task force and has begun contacting students in Hong Kong, pledging assistance if they need it, Minister of Education Pan Wen-chung （潘文忠） said.

There are an estimated 1,021 Taiwanese students in Hong Kong, the ministry said.

Personnel at the ministry’s Hong Kong branch on Wednesday night concluded talks with China Airlines （中華航空） about seating for returning students, it said.

However, most of those who returned yesterday bought their own tickets, it said, adding that if they need help, they can contact student associations in Taiwan or the Taipei Economic and Cultural Office in Hong Kong.

The ministry has also arranged for universities in Taiwan to offer sit-ins on classes or credit courses so students planning to return to Hong Kong could keep up with their studies.

Pan pledged the ministry’s assistance should students want to continue their studies in Taiwan, or to segue into the next level of education in Taiwan.

National Chiao Tung University said it welcomed students resuming their studies in Taiwan and has a proposal to facilitate transfers from Hong Kong universities.

National Dong Hwa University said it was willing to waive tuition and boarding costs for returning students and would prepare a special project for transferring students.

National Taiwan University （NTU） has called on its exchange students in Hong Kong to return to Taiwan as soon as possible and said it would help with completing credits and finalizing grades.

NTU has agreed to requests from its sister schools — the University of California, the University of Southampton and the Grenoble Institute of Political Studies, which asked it to take their students who were planning to study in Hong Kong next semester, it said in a statement.

NTU is also willing to help other sister schools if they have similar requests, it said.

Its offices would “do whatever possible and whatever they must” to ensure the safety of Taiwanese students in Hong Kong, she said.

It was saddening to see Hong Kong police enter campuses to crack down on students, she said, citing President Tsai Ing-wen’s （蔡英文） call on Wednesday for the Hong Kong government not to “decorate the faces of Beijing authorities” with the blood of Hong Kongers.

The nation also sincerely calls on the international community to support Hong Kong, and defend democracy, freedom and human rights, she said. 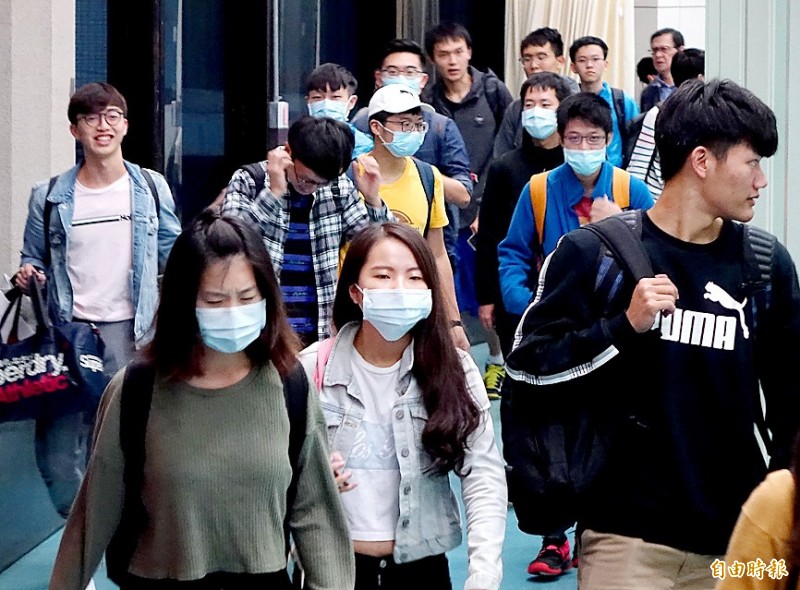