LIMITED SPREAD: Of the more than 200 people who came in close contact with the taxi driver and his three infected relatives, 175 have tested negative for the virus

A Taiwanese man who returned from China’s Zhejiang Province late last month has been identified as the suspected source of infection for the nation’s first COVID-19 death, the Central Epidemic Command Center （CECC） said.

The death of the nation’s 19th confirmed case of COVID-19 was announced on Sunday: a 61-year-old Taiwanese man who was hospitalized for suspected serious flu complications with pneumonia on Feb. 3 and died of sepsis on Saturday, shortly after he tested positive for the virus.

The man was an independent taxi driver who late last month transported at least three Taiwanese passengers returning from China before he began exhibiting symptoms on Jan. 27, the center said, adding that it was working to trace everyone who came into contact with him for COVID-19 screening as soon as possible.

The man’s 51-year-old brother, who lived with him, tested positive for the disease on Saturday and was on Sunday announced as the nation’s 20th confirmed case.

The driver’s mother and nephew-in-law, who joined a family reunion lunch on Jan. 27, were on Monday night announced as the nation’s 21st and 22nd confirmed cases.

Minister of Health and Welfare Chen Shih-chung （陳時中）, who heads the center, on Monday night said that the center found that a Taiwanese man, who returned from Zhejiang on Jan. 27 and had a severe cough when he took a ride with the driver, had sought treatment in the following days.

The traveler was considered the most likely source of infection in the driver’s case, although his first test was negative for COVID-19, Chen said.

The man’s blood would be tested to determine if he developed antibodies for the disease, which would indicate whether he had been infected, Chen added.

Chen yesterday said that the center has identified 235 people who had close contact with the driver and his three relatives, of whom 200 have undergone testing for the disease, while 32 had adequate protection and did not require testing.

As of yesterday afternoon, 175 of the people tested negative for COVID-19 and 22 were awaiting test results, the center said.

“From the test results and our contact investigation so far, we think that this cluster of cases [involving the family] is unlikely to spread further in the community,” Chen said.

Separately yesterday, Chen said that the center has designated the Diamond Princess cruise ship anchored near Yokohama, Japan, as an epidemic area.

As of yesterday the ship had 542 confirmed cases of COVID-19 infection, including four Taiwanese passengers.

All Taiwanese passengers and crew on board the Diamond Princess are to return to Taiwan on a charter flight arranged by the center and must cooperate with quarantine measures after arrival, he said. 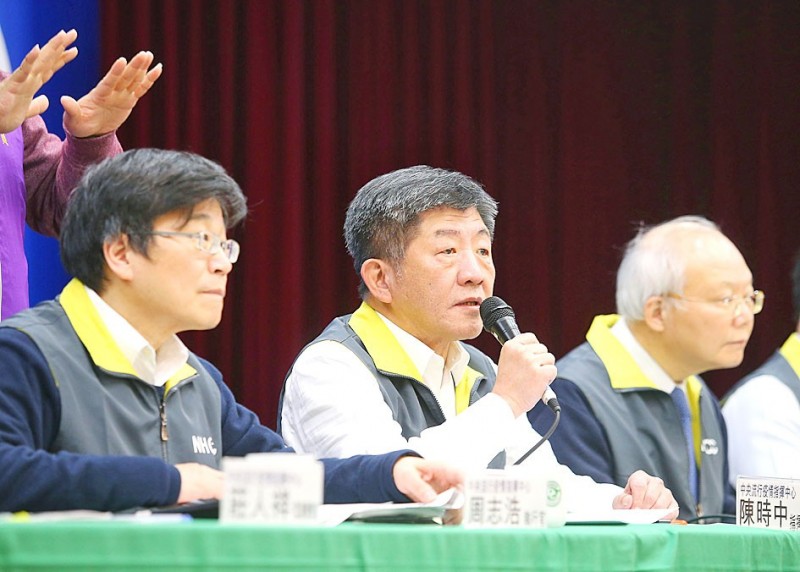