‘BARBARIC INTIMIDATION’: The Ministry of Foreign Affairs condemned China’s move, saying that weapons and upgrades are needed to maintain peace in the Taiwan Strait

China yesterday said that it would impose sanctions on Lockheed Martin Corp, days after the US approved a potential US$620 million refurbishment package for missiles to Taiwan.

In Taiwan, the Ministry of Foreign Affairs said that it “strongly condemns” China’s gesture, describing it as “irrational clamor and barbaric intimidation.”

Taiwan’s procurement of weapons and self-defense upgrades are necessary and legitimate for defending the nation’s sovereignty and democratic establishments, as well as peace in the Taiwan Strait, ministry spokeswoman Joanne Ou （歐江安） said in a statement.

China’s ungrounded criticism cannot conceal its aggressive and authoritarian nature, nor can it sway Taiwan’s determination to reject its “one country, two systems” model, she added.

China “firmly opposes US arms sales to Taiwan,” Chinese Ministry of Foreign Affairs spokesman Zhao Lijian （趙立堅） told a regular briefing, urging Washington to abide by the concept that Taiwan is part of “one China.”

Zhao added that the US should “stop arms sales to Taiwan and cut military ties with it, so as not to do further harm to China-US relations and peace and stability across the Taiwan Strait.”

Tensions between the US and China have been increasingly strained as the two sides tussle on various fronts — ranging from the origins of the COVID-19 pandemic and China’s policies in Hong Kong, Tibet and Xinjiang.

Zhao said that China’s move to hit Lockheed with sanctions was “to safeguard its national interests.”

Last year, China threatened sanctions on US firms linked to a sale of warplanes to Taiwan as well, calling the move a serious interference in its internal affairs.

Lockheed did not immediately respond to a request for comment.

Taiwan is bolstering its defenses for what it sees as increasingly threatening moves by Beijing, such as its regular air force and naval exercises near the country.

Minister of National Defense Yen De-fa （嚴德發）, visiting troops during the annual Han Kuang military exercises, said they needed to be strong in the face of “all sorts of threats and provocations” from China.

“This tells our people and the Communists that we have the confidence and ability to protect our people and homeland, and defend the country’s security,” the Ministry of National Defense quoted him as saying. 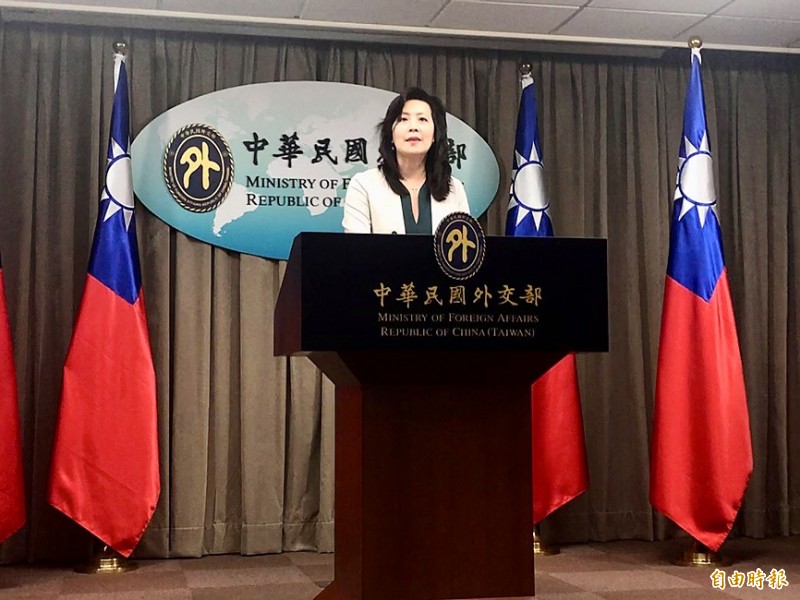